Read below to get a detailed look at the Eleiko IPF Calibrated Powerlifting Plates including product details, features, real user feedback, and more.

Eleiko IPF Calibrated Powerlifting Plates are some of the nicest and most well respected powerlifting plates on the market. These plates are very high-quality, very thin, very accurate, and they’re backed by the great Eleiko reputation. If you’re a powerlifter, especially a competitive one, calibrated plates are an ideal choice for their accuracy, profile, and competition specificity.

What They’re Saying at eleiko.com

Eleiko does not offer user reviews on their site.

The below plates were picked as alternatives to the Eleiko IPF Calibrated Powerlifting Plates. 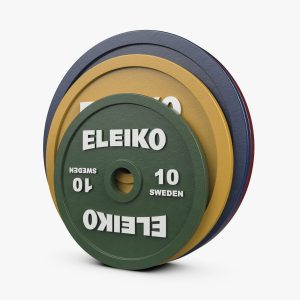