Brian and his wife live in Northeast Ohio, where they have built one of the most impressive home gyms I've seen. Their CrossFit-inspired barn gym sits on a large piece of land that allows for some serious training variety… with some awesome equipment to boot.

Join me as we step into Brian's amazing barn gym. 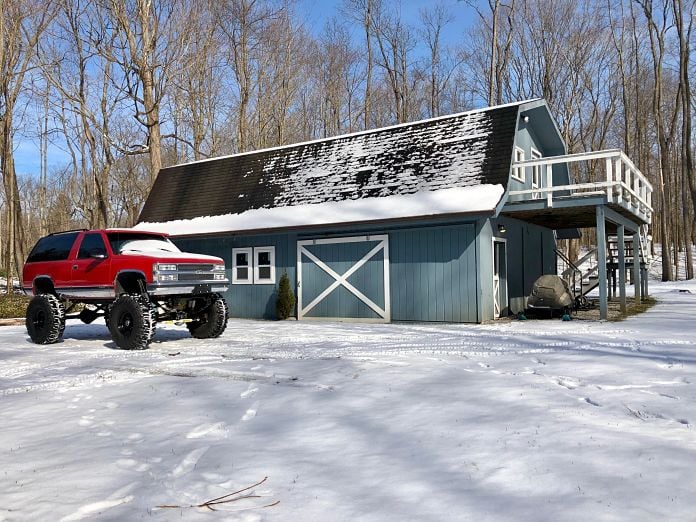 Brian's gym actually started in Northeast Indiana at their old house. It was also in a barn, but it wasn't necessarily built “around” Crossfit. It included a Dick's power rack, a Rogue Yoke, 400lbs of Rogue HG bumpers, rings, dog sled (no pun intended, as you will learn), a Concept 2 rower, homemade jerk blocks/boxes, and two used Airdynes.

Certainly, it was a great start, and it helped Brian remain competitive in Crossfit, but he had bigger aspirations. When he and his family decided to move to Ohio, he realized he really wanted an area where he could essentially recreate the Crossfit Ranch from Aromas. He wanted the ability to incorporate strongman, endurance, and odd object events from the Games, among other things, into his daily training. 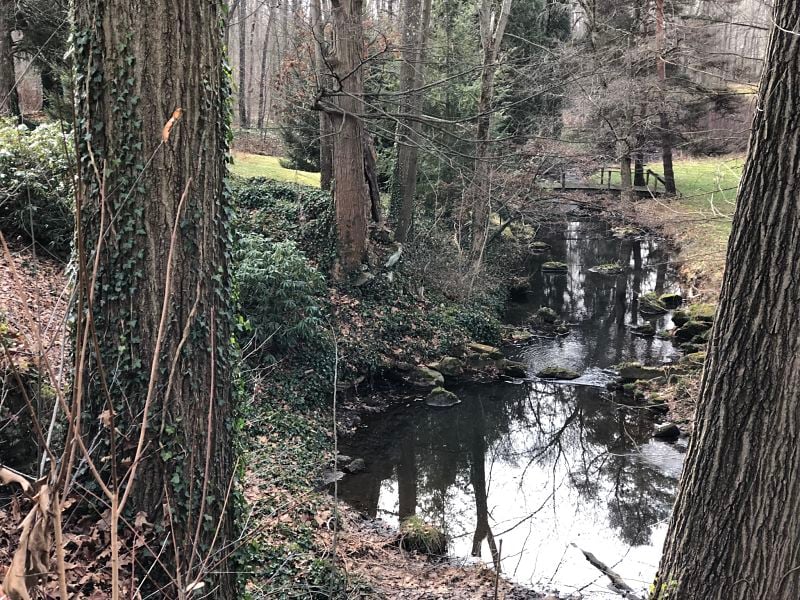 While it wasn't a deciding factor, they found a piece of property that fill the bill… 20 acres of wooded land with a home and a two-story wood shed with a gravel floor and three garage doors. Once moving in, they immediately renovated the whole house along with the shed. He had 9″ of concrete poured for the barn floor and he removed the second story to fit his Rogue Castro rig.

What's so interesting about their property is that is was formerly used as a sled dog training farm (dog sled pun). The property has two streams and is covered in fully mature hardwoods including maple, white/red oak, beech, black cherry, and ash. The prior owner professionally groomed over three miles of trails, which are now more like roads than a ruck trail. 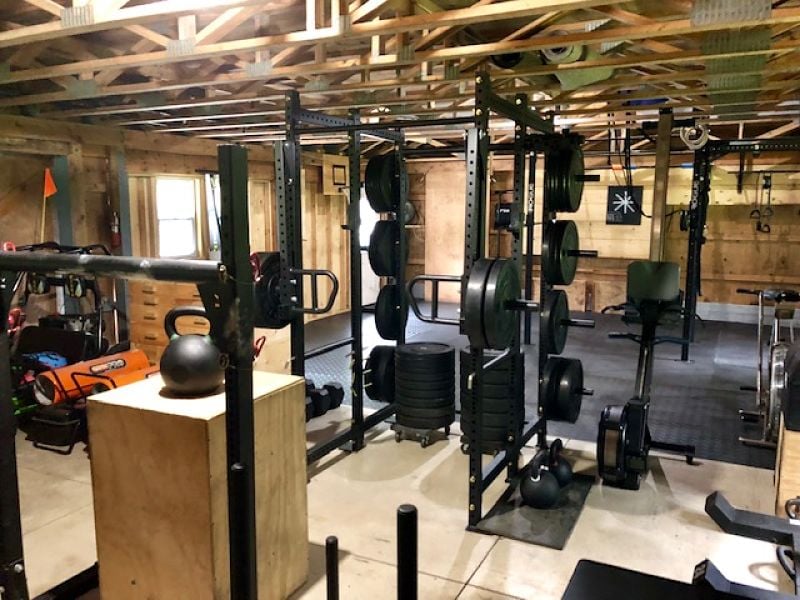 Some of the equipment from Brian's first barn gym made its way to the new space, but a lot of it was curated after the fact.

All-in-all, it's an impressive assortment that strikes a nice training balance, but with a specific eye towards Crossfit.

When I asked Brian what his favorite piece of equipment, he admitted it was difficult, but ultimately landed on the Concept 2 Rower. In his words, “it's the best piece of equipment to build a strong engine that translates well to metcons.” He added that a good used Airdyne would be a close second.

Here's a look at Brian's space piece by piece. 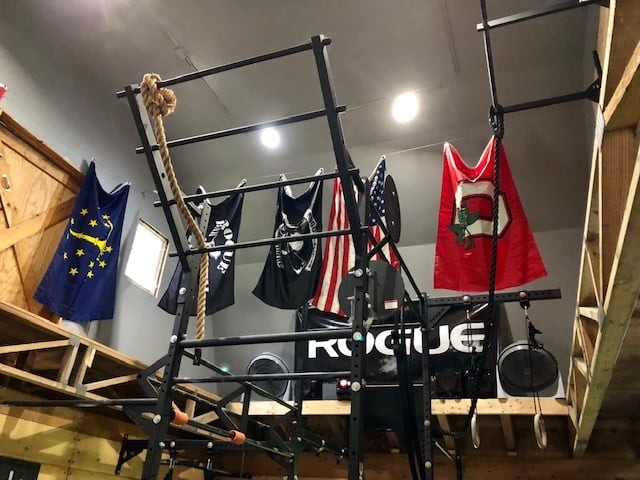 I mean, what can I say – Brian's rig is incredibly awesome. It's the anchor of the space, it's equipped with all the fixins, and it just creates a complete wow factor. 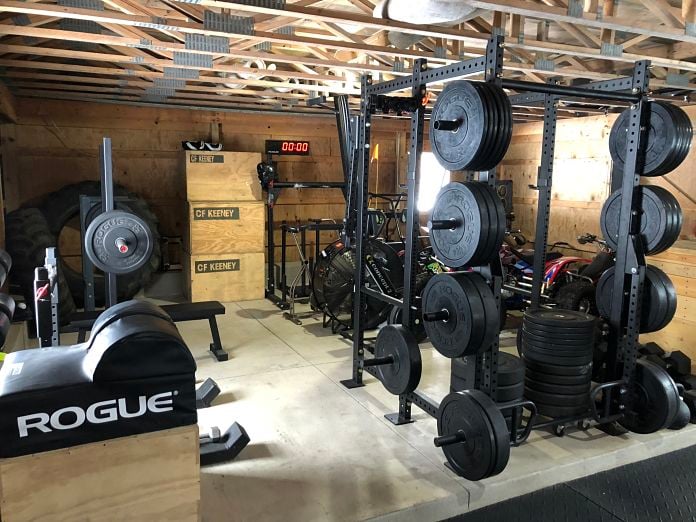 In addition to the Rig, Brian also has a power rack, a squat stand, a yoke, and a healthy serving of other strength gear. 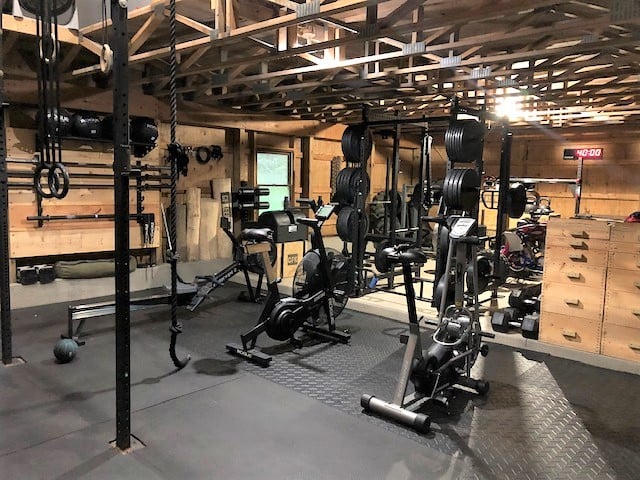 What CrossFit gym is complete without a heavy dose of conditioning equipment? Brian definitely has that covered, plus some! 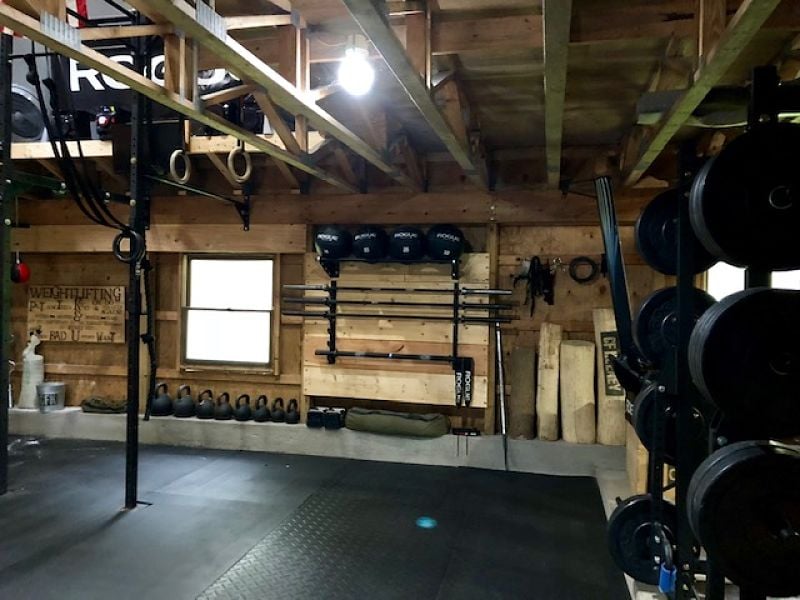 Brians' Barn gym is one of the most impressive home gyms I've seen. It's situated on a badass piece of property and it includes some awesome gear. If I'm ever in Northeastern Ohio, I would love to stop in for a session to check this place out!