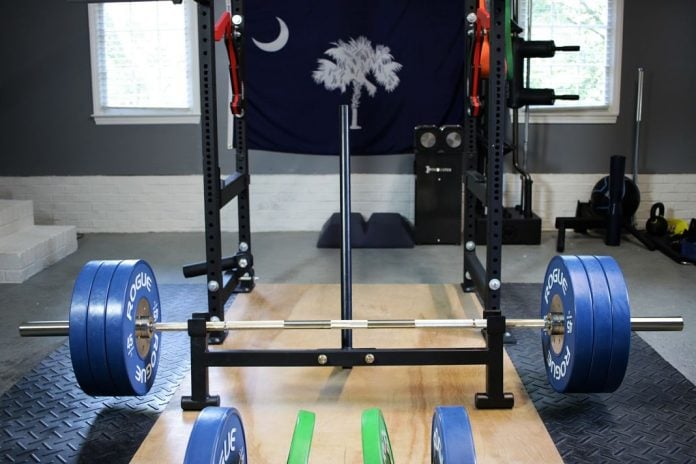 The deadlift jack is a nice-to-have product that makes loading and unloading a bar much easier.

It's not necessary by any means, but if you're deadlifting often, it does make a noticeable difference.

While there are a few different options out there in terms of the style of deadlift jack, the “full” deadlift jack seen here is the easiest to use. That said, there are some drawbacks, as I'll explain below.

In my opinion, a deadlift jack isn't a product I'm going to spend up on. That is, I'm not really looking for the most expensive or nicest option out there.

Give me functionality that looks halfway decent. I'll spend up on things like racks, bars, plates, etc…

That's why I personally went with Titan Fitness on the deadlift jack. It comes in at a great price, the welds are pretty clean for the most part, and it serves its purpose perfectly. 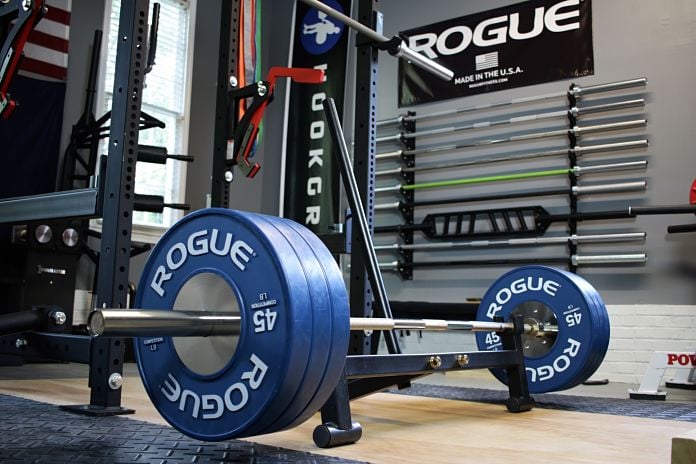 Let's face it, Titan Fitness isn't known for having particularly sexy products. Their welds are normally a little sloppy, they've had some quality control issues on certain products in the past, and their powder coat isn't as durable as others.

But this is a deadlift jack!

It's such a simple concept.

The Titan Fitness deadlift jack is every bit as functional as any other similar deadlift jack from Rogue, etc… yet it's not as expensive and it ships free. 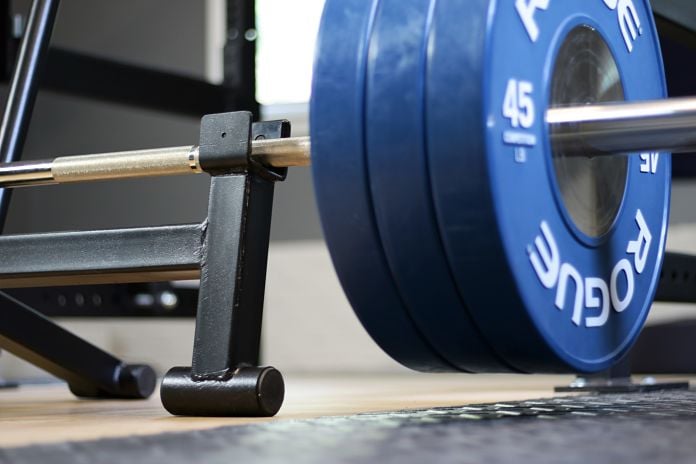 Does it look as nice? Probably not.

Do I care? Not really.

My deadlift jack from Titan arrived in two days in a box that was decently packaged to where there were no cosmetic issues (scratches, dents, etc…).

The jack consists of two pieces: a pivot arm and a barbell base/holder. Assembly was incredibly simple with a socket wrench. It took me 2-3 minutes to put it together with the two bolts that attach the pieces. 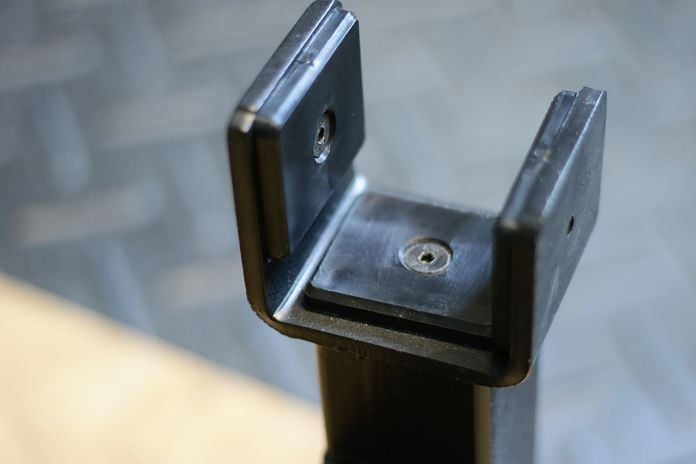 The cups that hold the bar are lined with UMHW in order to protect the bar from contact with a bare metal surface. This is really important when selecting a deadlift jack, as not all of them offer this. You see bare cups more with custom/smaller shops. With a UMHW-lined deadlift jack, the chances of wearing down the knurling are practically non-existent.

The jack is fully powder coated in black and it looks fine. I really don't like the bronze hardware that Titan uses, but again, it's not a big deal to me on something like this. I did accidentally let the arm swing into one my bars, which immediately rubbed off some of the powder coat. Obviously my fault, but it does bring into question the durability of the powder coat itself. I was, however, able to easily cover the area and now you can't tel at all. 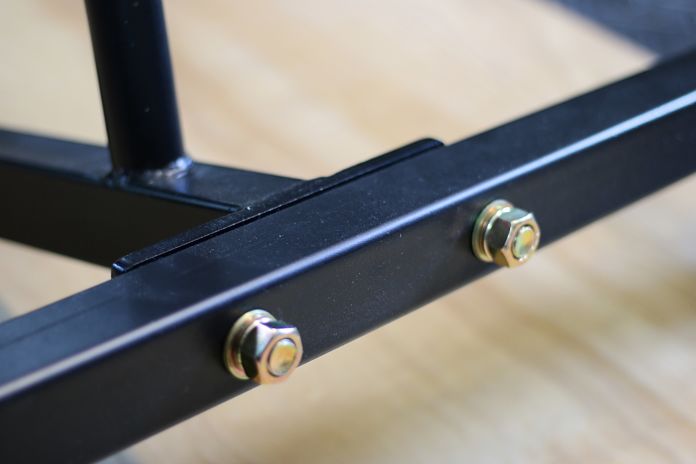 From a “performance” perspective, the Titan jack did exactly what I wanted it to. I loaded up my bar to max capacity using competition bumpers (635 lbs), and I was able to lift it without the slightest struggle in the matter of one second. I wish that were the case without the jack! Sure, the welds aren't the most gorgeous, but they seem plenty strong to handle the load.

Full Deadlift Jack vs. the Rest

When it comes to picking a deadlift jack in general, you have a few options. 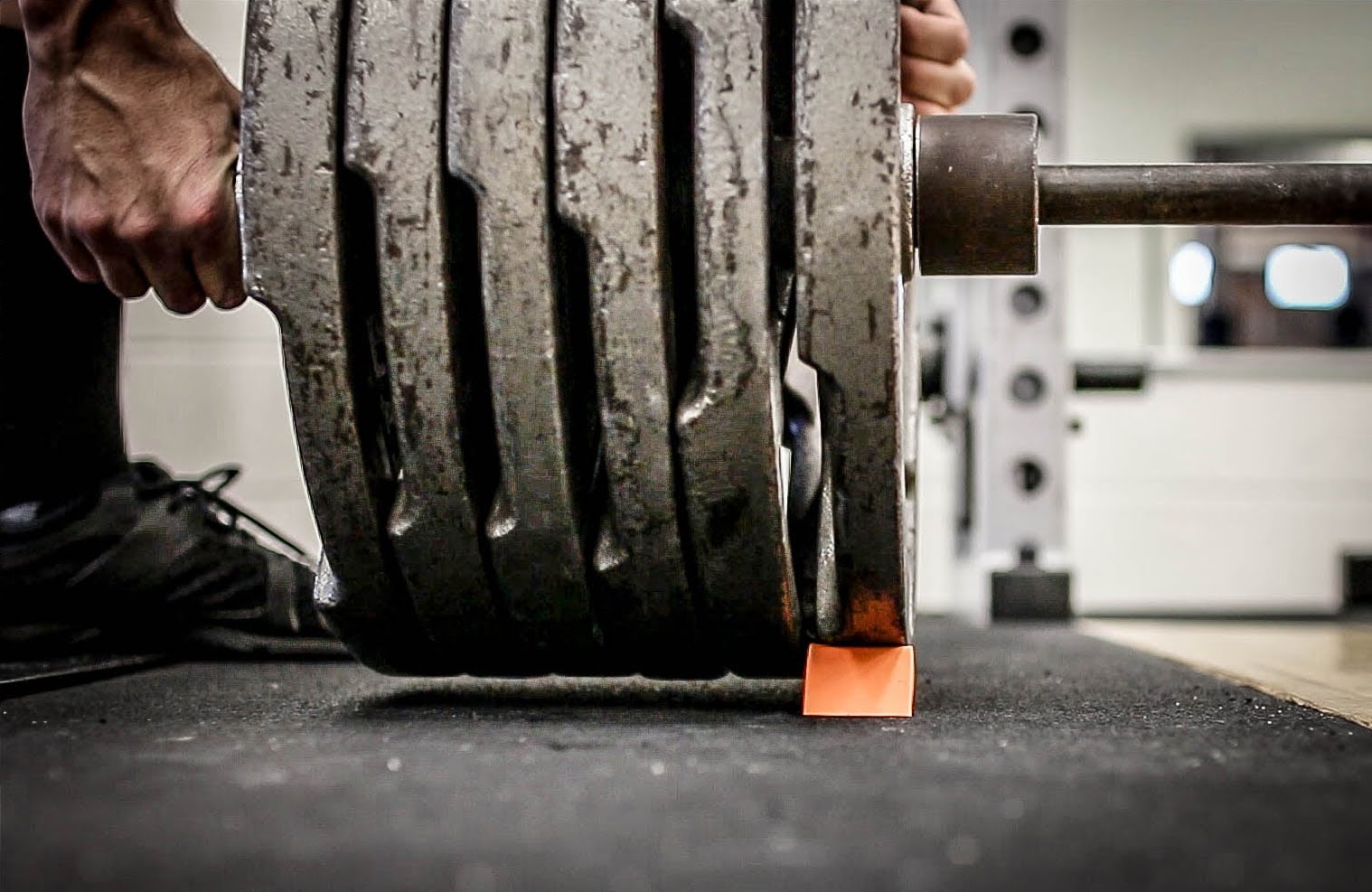 You can go with something like a Dead Wedge (or a change plate) which lifts the bar after rolling the first plate onto the wedge. This is a cost-effective approach that takes up a minimal amount of space, but it's not as easy to use as a full deadlift jack. If you want to lift both sides at once, you'll also need to purchase two, which makes the cost-benefit analysis a little tougher. 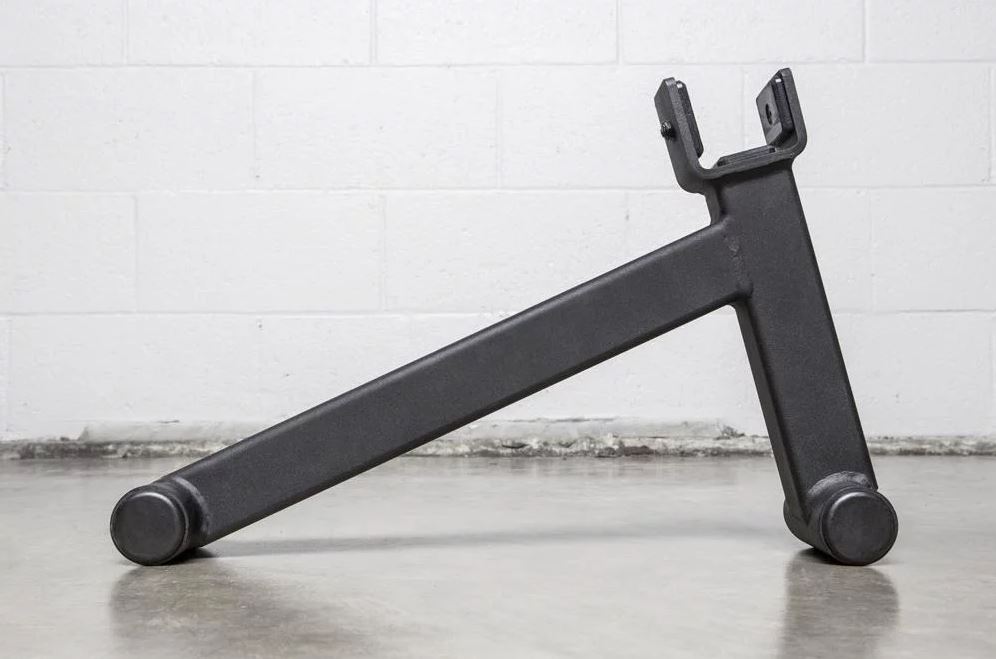 You can also go with a mini bar jack from the likes of Titan Fitness, Rogue Fitness, or the new Genesis jack. These are more expensive than the wedge style, but less expensive than the full jack (generally). They're also great at saving space, but you can only lift one side at a time (easily). This is annoying to me personally. The whole point of the deadlift jack to me is to make it easy and fast to load and unload plates. 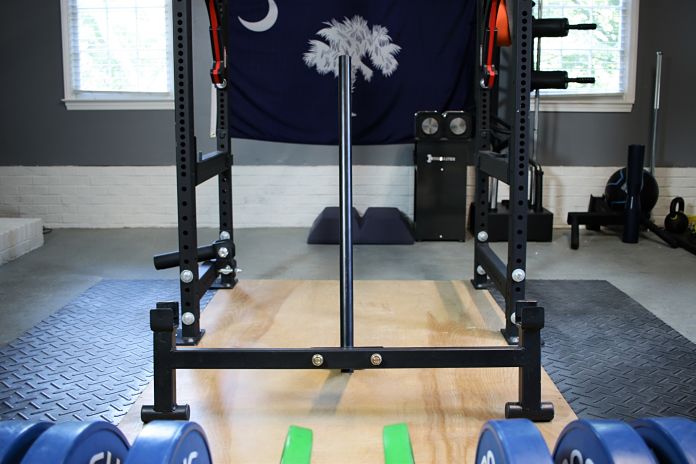 That's why I chose the full deadlift jack. It's super simple to just slide under the bar and use the long arm to effortlessly raise the bar. It's like magic. While the full jack is easier and faster, it's also the most expensive, and it definitely takes up the most amount of floor space. With the 35″ arm extending out at an angle, and the base spanning over 42″, it takes up a decent amount of room. So if you're tight on space, you may want to consider the above options.

That's really it, guys and gals. It's a deadlift jack. It will pick your bars up quickly and easily, allowing you to focus on what's important… picking your bars up and putting them down repeatedly.

I highly recommend that you allocate most of your money to pieces of equipment where the incremental cost actually makes a difference. I don't think a deadlift jack is worth $165 personally (and I'm a big fan of Rogue overall). I'd rather save ~$100 and use that money towards something like a barbell or plates.

But to each their own.

If you want to read more about powerlifting equipment in general, check out my ultimate guide to building a powerlifting home gym.

If you have any questions about this deadlift jack or deadlift jacks in general, please leave a comment below. Likewise, if you own the Titan Fitness deadlift jack and you want to chime in with your own thoughts, please do so!

Titan Fitness Deadlift Jack
Final Verdict
If you're in the market for a full-sized deadlift jack, I definitely recommend you check out the Titan Fitness version. It's inexpensive and it works great.
Ease of Assembly
10
Ease of Use/Functionality
9.8
Build Quality
9
Aesthetics
8
9.2
It's a Deadlift Jack
Where to Buy
Titan Fitness - $77