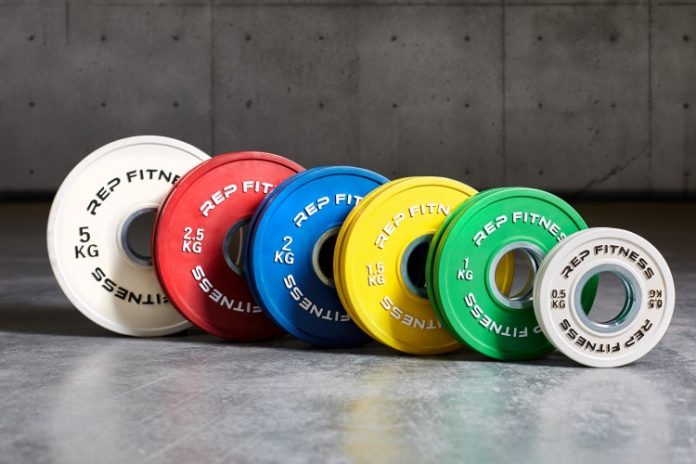 If you're looking for KG change plates, Rep Fitness has recently released a fantastic looking option at a great price.

Change plates from places like Rogue Fitness are fully covered with a rubber coating, including the opening.

Not the Rep Plates.

For the vast majority of people, this really won't make a difference so long as you're using a collar. If you're not using a collar, the Rep plates will slide around like a conventional bumper plate. This differs from full rubber change plates in that those plates provide more friction on the sleeve. More friction = less slide.

Again, it's not a big deal unless you lift without a collar.

As one would expect, the Rep Fitness change plates are colored per IWF specs. The diameter and thickness are also consistent with other IWF-spec'd change plates. 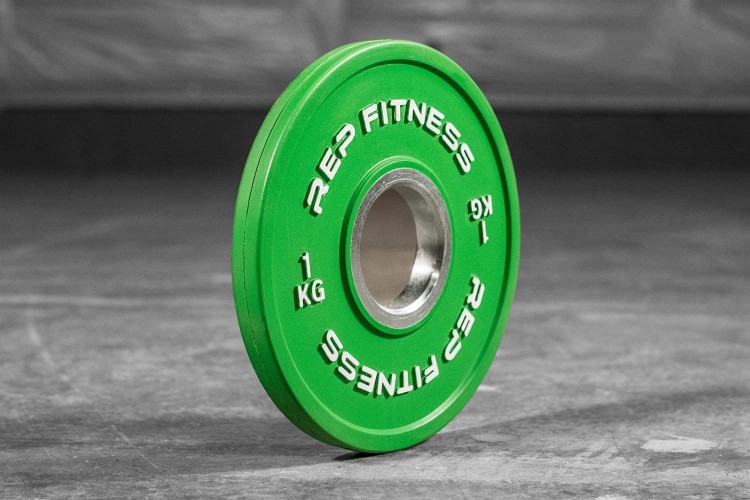 The breakdown is as follows: 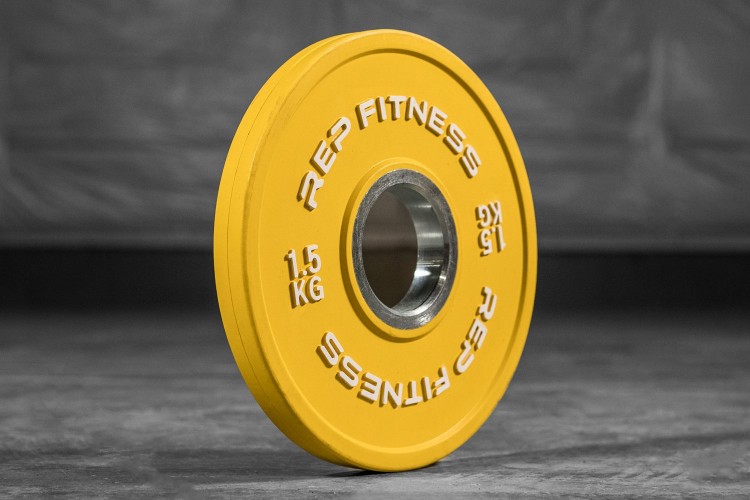 While Rep Fitness doesn't claim a weight tolerance like some other manufacturers such as Eleiko and Rogue Fitness, I don't believe there would be any meaningful deviations from the stated weight.

The differences in specs between other manufacturers are minuscule. We're talking about +/- 1-2 millimeters in diameter & thickness. 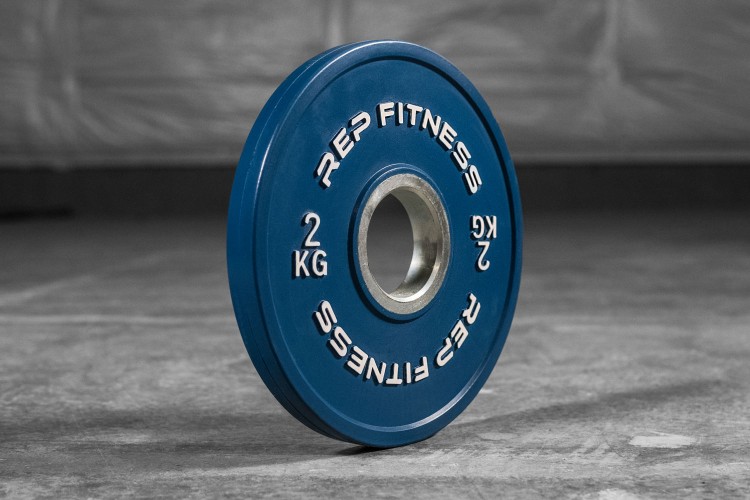 You can purchase the Rep Fitness change plates in individual pairs or as a 25kg set:

When you consider the other top contenders of Rogue Fitness, Eleiko, and Vulcan, the Rep Fitness change plates come in at savings of 36% off, 39% off, and 30% off, respectively. 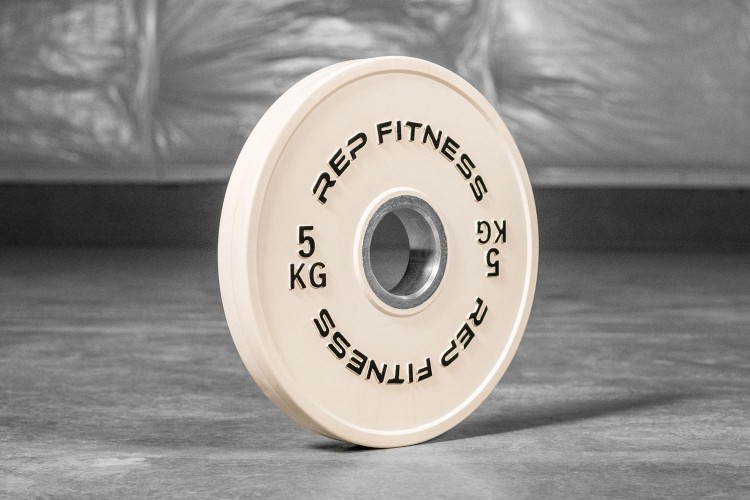 All in all, if you're looking for a cheaper option for KG change plates, the Rep Fitness change plates are going to be very difficult to beat.

In my experience with the company, Rep Fitness makes quality gear. I wouldn't hesitate to buy these over the more expensive options from Rogue, Eleiko, Vulcan, etc…

If you own these Rep Fitness change plates, I'd love to hear your thoughts on them. What do you like? What could be improved? 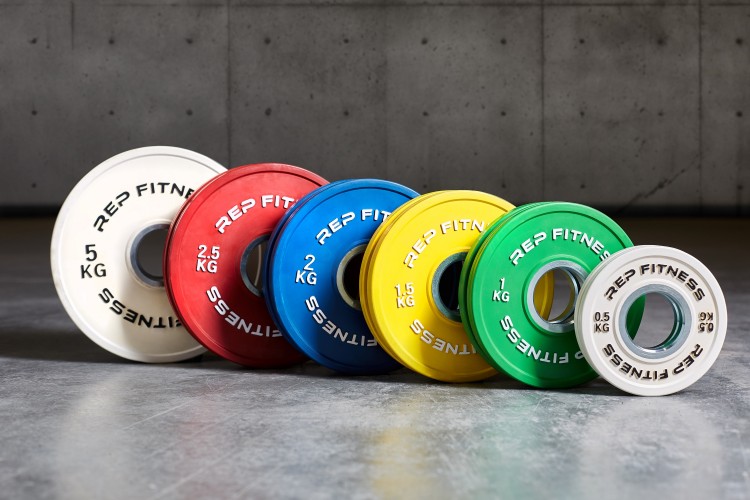