Read below to get a detailed look at the Rogue Six-Shooter Olympic Grip Plates including product details, features, real user feedback, and more.

Rogue also sells machined Olympic plates as well as a urethane-coated version of the 6-shooters.

What They’re Saying at roguefitness.com

Rogue 6-Shooter Olympic Grip Plates receive very positive feedback from users. With an average rating of 4.7/5, here are some of the things people have said at roguefitness.com.

The below plates were picked as alternatives to the Rogue Six-Shooter Olympic-Grip Plates. 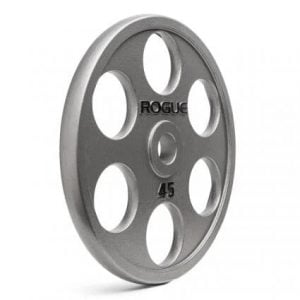